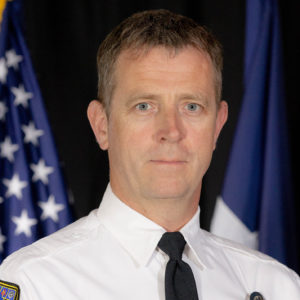 
Brendan Cluskey emigrated to the United States of America from Dublin, Ireland. Since arriving, he has dedicated himself to giving back to the nation that has so warmly welcomed him. “I feel that I owe a great debt of gratitude to America, so helping others in their times of need just feels like the right thing to do,” he says.

Since joining Austin-Travis County EMS in October of 2010, Brendan has excelled in all areas of Paramedicine and has now enthusiastically taken on the challenging role of Field Training Officer. During his time in Austin, Brendan has received many accolades and awards, most notably The Meritorious Service Award for bravery in 2014.