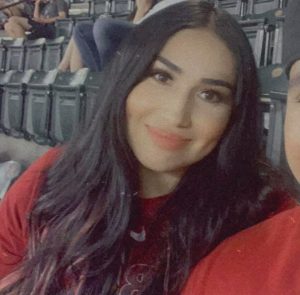 Cassandra is being honored as a Star of Life for her exceptional bravery. Cassandra had been working as an EMT for only nine months when a shooter approached her and her partner, Jacob Dindinger, as they were preparing for a medical call. The man opened fire into the cab of the ambulance, shooting Cassandra in the arm and striking Jacob multiple times.

Despite her own injury and her concern for Jacob’s life, Cassandra bravely and calmly got on the radio and called for help, providing a detailed description of her assailant and an assessment of her and Jacob’s conditions. She then tried to treat Jacob’s wounds until other units arrived. Police were able to find and stop the assailant, but unfortunately, it was only after he had gone on a deadly shooting spree. There are no words that can fully capture the courage Cassandra demonstrated on that terrible day.