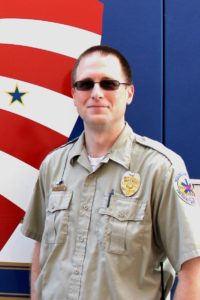 
Charismatic, energizing, and inspiring are words that Christopher Dobson’s colleagues have used to describe him. During Chris’ two years at MedicWest, he has become a paramedic preceptor and an ACLS/PALS instructor. Chris hopes to obtain his critical care certification later this year.

Chris and his partner recently responded to a serious, high-speed crash in rural Clark County, far outside of Las Vegas. With only his partner, volunteer firefighters, and bystanders as support, Chris assessed the two patients and began care of a critically injured woman. Chris intubated the woman while she was still trapped in her vehicle and handed her off to a helicopter crew when they arrived. Chris then turned his full attention to the other patient and transported him more than 50 miles to the nearest trauma center. The man made a full recovery.