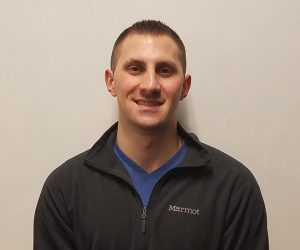 
David Battaglia is an Emergency Medical Technician (EMT-B) and Driver Trainer with Mohawk Ambulance Service. He joined the company in 2017, but his career as a first responder dates back to 2012 when he began volunteering with his hometown fire department, Niskayuna Fire District 2.

At the start of 2019, David took on the additional role of Driver Trainer, working with new hires to set forth expectations of what it truly means to be a mobile healthcare professional and Mohawk Ambulance employee.

David truly appreciates each and every moment he is able to experience as a first responder, and enjoys the sense of fulfillment when he is able to make a positive impact in the lives of others. His work ethic and dedication to others have not gone unnoticed. Last year, David was awarded the Distinguished Service Award from Mohawk Ambulance. He notes that the nomination from his peers to receive the Star of Life has been his greatest professional accomplishment thus far.

Having worked as a volunteer firefighter and EMT, David recognizes that public service is one of the greater gifts we can give. Outside of work, he continually looks for ways in which he can volunteer his time to charitable causes. He exemplifies the core values of Mohawk Ambulance Service and the company is proud to have him as part of our crew.  We look forward to his continued growth in the field of emergency medical services.