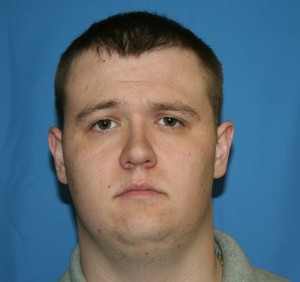 
Dustin Tate started full time at Saint Francois County Ambulance District (SFCAD) on March 25, 2014. Dustin is an EMT and is currently enrolled in the paramedic program.

During Dustin’s last quarter of high school he started job shadowing our Education Coordinator. While at SFACD, Dustin would help out in the billing office and, when needed, with education. Just after Dustin became an EMT he was hired part time. It did not take long to recognize that Dustin was a great addition to our district. Shortly thereafter, he was hired as a full time employee.

Dustin is the Emergency Medical Responder (EMR) instructor at Farmington High School. All of his students look up to him and respect him. They see Dustin’s compassion for emergency medicine and his heart for educating our younger generation. His passion for EMS has touched many lives in his short career and his future in EMS looks bright.

Dustin is father to his beautiful daughter, Chloe, who is age 2. Chloe is Dustin’s entire world.

We are very proud to acknowledge Dustin Tate is part of our team and to nominate him as an American Ambulance Association 2016 Star of Life.