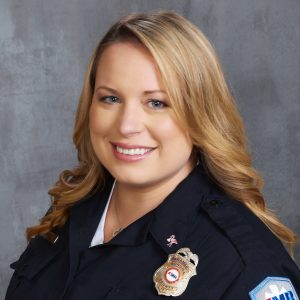 
Last year kept Kristen Casteel on her toes. In 2018, Kristen—who has worked in mobile healthcare for 13 years and as a Paramedic for the past six—delivered three babies in the field and successfully resuscitated four cardiac arrest patients.

Although Kristen provides the same strong clinical care to each of her patients, one incident has cemented her stellar reputation. While Kristen’s partner was treating a patient in the back of the ambulance, a panicked bystander approached the ambulance and informed Kristen, who was operating the vehicle, that there was someone unresponsive on the sidewalk nearby. Kristen pulled the ambulance over, grabbed her equipment, and found a patient in cardiac arrest.

Kristen began resuscitation efforts and directed bystanders to assist with CPR. She managed the patient on her own for five full minutes. When the transporting ambulance arrived on scene eight minutes into the incident, the patient’s heart was once again beating on its own.