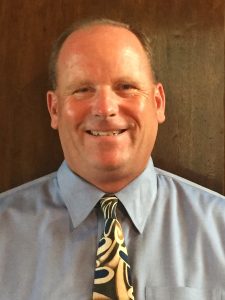 Robert Sebree has saved many lives in the twenty-five years he has been with AMR, though one recent incident, in particular, stands out.

On August 24, 2021, when Robert was working a shift in Simi Valley, a call was made about a four-year-old boy who was having trouble breathing. Upon Robert’s arrival, Simi Valley police were already on-scene trying to help the developmentally disabled child with a cleft palate who appeared to be choking. Robert intervened and visualized the child’s airway with a direct laryngoscopy, which revealed an anterior airway with an oblong-shaped object with one rounded, smooth closed end and one rounded open end. The diameter was approximately the size of a penny, and the smooth side was found facing downwards in the hypopharynx. Robert used Magill forceps to remove the object with the result of an immediate improvement in the patient’s mental awareness.

The child was transported to Adventist Health in Simi Valley and made a complete recovery. Robert was hailed a hero by his colleagues and was called the medic, “who saved this kid’s life!”