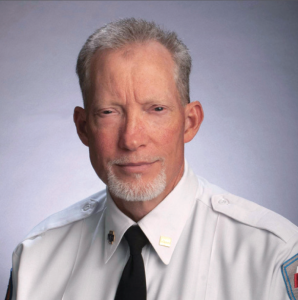 
James Tarver is being honored as a Star of Life for his dedication, motivation, and composure in his supervisory role, even as he deals with health challenges of being on hemodialysis. James is highly respected by his coworkers who view him as a teacher who is always available for one-on-one talks. He stays updated on all current clinical training as well as non-clinical matters that influence the EMS industry. He is not only the go-to expert of the operation but often is its face, presenting programs to the public in his articulate, assured manner that puts all at ease. James serves as the Trauma Network Manager, a job that requires an extensive audit of Quality Assurance and Quality Improvement practices. In the seven years he has been in that role, his operation has remained at the top of their EMS Region in compliance.

James has been in EMS since 1994 and joined AMR 11 years ago. He has served as a firefighter and as an off-shore paramedic. Even while awaiting a kidney donor (he has one!) James voluntarily picked up 58 extra shifts (694.75 hours) in 2019, demonstrating his ongoing commitment to patient care.