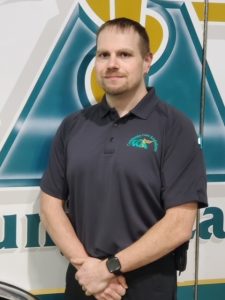 
Jonathon began his career at Community Care Ambulance (CCA) in 2006 as a Wheelchair Technician. He immediately expressed interest in helping others and expanding his abilities. He became an EMT in 2007, an Advanced EMT in 2009, and then a Paramedic in 2012. He also became certified as an AHA CPR Instructor, Firefighter, Fire Instructor, and Fire Inspector. He is a Lieutenant at a part-time fire department when not working at CCA.

In his career he has been deployed on two occasions to assist in federal emergencies; first to Hurricane Ike (2008) in Texas and then to Hurricane Irma (2017) in Florida. In May 2021, he was promoted to Operations Supervisor and is now one of the vital connections between the field staff and upper management.

In his spare time, he enjoys photography as well as riding motorcycles with his dog, Charlie.