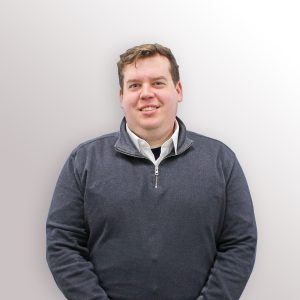 
Joshua Baun has proven himself to be an advanced healthcare provider and an excellent patient advocate over his six years with Mecklenburg EMS Agency. Josh has an outstanding rapport with patients and relates remarkably well to everyone in all circumstances. He is a team player, is always dependable, and is committed to continued professional development.

“Although I have known Josh for a few years, it wasn’t until he joined my team in 2018 that I was able to witness first-hand the quality and caliber of this unsung individual,” says Josh’s supervisor.

Josh routinely seeks feedback, impressing leaders with his energy and his dedication to serving as an ambassador for the Agency.

Josh shatters all expectations that are set for him. He is an asset to his team by consistently fielding questions, seeking information, and clarifying any changes that occur within the Agency. Josh serves as a role model who strives for excellence and holds his peers to a higher standard. Josh recognizes others before himself and, as a Crew Chief, his mentorship and development of his direct team members is bar none.

On his own time, Josh meets with Crew Chiefs outside of work and helps them to prepare for interviews. Josh often challenges peers on many topics, including diversity and work ethic.

As a Relief Operations Supervisor (ROS), Josh is one of the most active members, and has done countless hours of extra work on writing and implementing new training software into the Crew Chief Training curriculum. He is continually striving to mentor and support field employees and is widely regarded as an outstanding advocate. Josh has also taken on an advanced leadership role in Crew Chief and Field Training Officer instruction. Josh often expresses how he wants to be there for the crews, and he single-handedly processed the most commendations as a ROS for Field Crew Chiefs last year.

As one of the most adaptable and accountable members of the Mecklenburg EMS team, Josh is a true example of a professional in the industry. His coworkers are particularly impressed with his goodwill and sense of honor in the workplace. He displays a natural sense of calmness and approachability, as well as a spirit of confidence, self-actualization, and a relentless drive to succeed. Josh has an innate desire to excel in all aspects of his duties and is very resolute in his convictions regarding character and accountability. Mecklenburg EMS Agency is proud to recognize Josh Baun as a 2019 Star of Life.