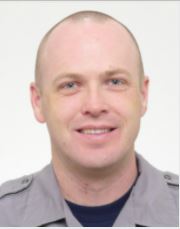 
Nate began his career at Tri-State Ambulance in 2005. His amazing knowledge and ability to teach led Nate to become an FTO and Preceptor for new employees and students. His leadership skills, as well as his kind, compassionate, and personable attitude, made him a perfect fit for the company’s Shift Resource Officer/Corporal role.

Nate has displayed a level of professionalism, analytical thought, and reliability that is rare not only in the EMS field but in any profession. In his time as a Corporal, he has shown remarkable leadership skills. Nate does not seek out confrontation, but he is never intimidated by difficult conversations that need to happen with his coworkers. The quality bonds that he has built with his colleagues has led to him being affectionately known as “the grandpa” of his shift.

In a Star of Life nomination letter submitted to Tri-State Ambulance on Nate’s behalf, a coworker described Nate’s determination to take time for mental health and to appreciate the moment:

“Nate was a partner of mine on one of my first shifts 14+ years ago. During a particularly stressful day, we were assigned to a posting location. On the way to that location, we stopped near a park bench along the Mississippi River. He insisted that we get out of the truck, and we sat on the bench for five minutes. I don’t remember any words that were said, but the message was clear. Self-care is a skill that can’t be overlooked. Never forgot to appreciate your surroundings and where you are in your life’s journey.”

Nate’s interpersonal strengths are complimented by his work ethic. If there is ever down time during his shift, Nate can often be found fixing medical equipment and performing general station maintenance, often before an issue is even reported.