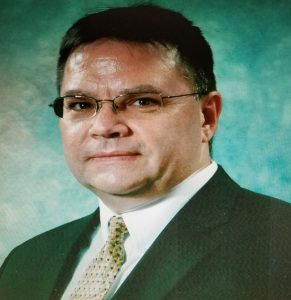 
Paul Seamann’s EMS career began on a chilly October weekend in 1981, when West Virginia implemented the crazy idea of closing down its recently constructed 876-foot-high single arch bridge and allowing BASE Jump parachutists from around the world to legally plunge into the near vertical gorge resplendent with its hardwood trees at the height of their fall colors, only to land on the rocky shores of a Class 5 mountain river.

While traveling cross country with his newly minted EMT card, Paul came upon the wild celebration and assisted the local Jan-Care Ambulance rescuers, treating the injured jumpers whose three crash landing options appeared to be rock, tree, or river. Forty years later, Paul Seamann is still present at every WV Bridge Day, and is still leading the Jan-Care medical operations on the shores of the mighty New River.

Over the past four decades, Paul has added a few additional accomplishments to his résumé. He has become a Paramedic and has worked 137 cardiac and traumatic arrests, and has provided advanced care as a CCT Medic. Paul also has his RN degree, and has worked in the ED And ICU while simultaneously instructing over 150 National Registry EMT and Paramedic students across the mountains of southern WV. He is also a frequent presenter at state and national conferences.

With a master’s in healthcare administration and a busy career as Director of Operations of the state’s largest EMS agency – overseeing 120,000 responses across twelve rural counties – Paul’s continuing love for the raw and interpersonal aspects of the EMS profession has kept him deeply involved in helping guide EMS forward. He has continuously held leadership positions in local EMS and hospital councils, the state EMS Advisory Council, and the statewide Medical Review Committee. Paul also is President of the WV EMS Coalition and the WV EMS Administrators, as well as an active member of the Legislative Task Force and of numerous protocol, active threat, pediatric, and other specialty committees. He is an NAEMT state advocate, and is an active participant in many AAA programs.

Paul Seamann, who has driven across all fifty states and has traveled to twenty-five countries, is fond of inspiring new recruits to EMS with a simple statement: “If you want to BE SOMEBODY, to make a real difference in a person’s life, then EMS is your home and we welcome you aboard.”