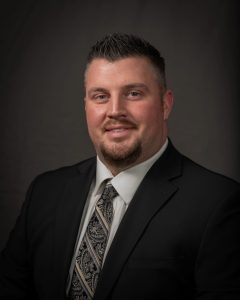 
Edwin Boyle began his career with Cetronia Ambulance Corps in 2007 as a Paratransit Associate while attending George E. Moerkirk Emergency Medical Institute in Allentown, PA to become an EMT. Edwin achieved his accreditation as a licensed EMT in 2008, and was later awarded a scholarship through Cetronia Ambulance Corps to attend the Reading Hospital School of Health Sciences to become a Paramedic, and graduated in 2011. In 2018, he was named Supervisor for the organization. Edwin went on to graduate with an associate degree in nursing from Excelsior College, NY in 2019 and passed his nursing boards in 2020.

In November 2020, Edwin was promoted once again to Director of Operations, and now manages 125 Advanced Life Support (ALS), Basic Life Support (BLS), and Paratransit Fleet associates while also providing direction and support to the Communications and Field Supervisors. He is charged with facilitating a customer-first organizational culture that respects the organization, its people, and its customers.

Edwin lives in New Tripoli, PA with his wife, Dr. Courtney Boyle – OB/GYN for Lehigh Valley Physician Group and his two children. In his free time, he enjoys camping, hunting, and archery sports. He also coaches his son’s wrestling, football, and T-Ball teams.