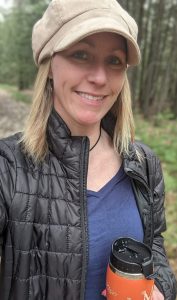 
Eleven years ago, Leslie O’Dell began her EMS career by accident. After her former husband left the military, Leslie moved to a town with a wilderness medical school. She was already an experienced hiker and had always wanted to take a Wilderness EMT course to help with search-and-rescues, so she signed up for the class. She had never considered making a career as an EMT, but the final two weeks of the course were set up for urban EMS and she was able to test for her EMT-B certification after its completion. So, at the age of thirty-five, Leslie received her EMT qualifications and began working on the local town ambulance.

Although Leslie initially thought her stint as an EMT on an ambulance would be temporary, she fell in love with the job. She currently works as a full-time Advanced EMT for Action Ambulance and per diem at her local fire department, Conway Fire & Rescue.