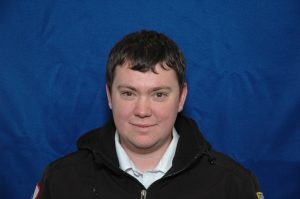 
Mid-Valley Ambulance is honored to present Maddox Allen with a Star of Life award. Following in his father’s footsteps, Maddox started in his family’s business of veterinary medicine before recognizing that emergency medicine was his true passion. In 2011 he received his EMT certification and began volunteering at Lane Fire Authority as a Firefighter. Maddox completed his Paramedic degree in 2017 and has plans to continue his education as a Critical Care Paramedic and to pursue his bachelor’s degree in emergency medicine.

One of Maddox’s most commendable traits is his willingness to expand his knowledge of emergency medicine in rural areas. Maddox has participated in Cycle Oregon, a 1,500 mile bicycle tour around Oregon that requires camping out and treating patients for a multitude of injuries and illnesses throughout the tour. He has also participated in community career events and standbys at specialized events.

Maddox is a shining example of the future of EMS in Oregon, and Mid-Valley Ambulance is incredibly proud to introduce him as its award recipient.