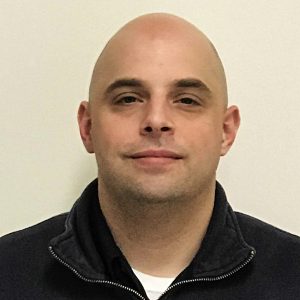 
Timothy Hoar tried his hand at several professions before joining the AMR team in February 2018. EMS seemed like a perfect fit for Tim, a U.S. Army combat veteran.

Last July, Tim’s military training proved essential to defusing an extremely dangerous situation and preventing bloodshed. Tim and his partner responded to the scene of a call involving a violent patient at a local nursing home before police arrived. Tim spoke calmly to the man to de-escalate the situation and gain his trust. However, tensions flared again and the man brandished a pistol. When he fired a shot toward a member of the nursing home staff, Tim’s military training kicked in. He swept the patient’s legs, took him to the ground, and secured the weapon. Once Tim had the patient restrained, he reverted to caregiver mode, putting a pillow under the man’s head to reduce his discomfort while they waited for officers to arrive on scene.

After the incident, authorities lauded Tim for his incredibly brave actions. The Buffalo Police Public Information Officer called Tim a hero for bravely wrestling the firearm, which contained four additional live rounds, away from the patient. There is little doubt that Tim’s actions that day saved many lives.