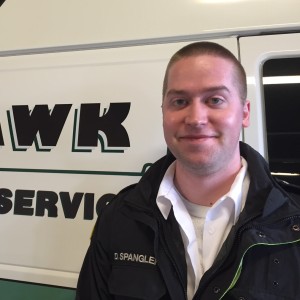 In December of 2015, David received one of Mohawk Ambulance Services Distinguished Service Awards. He enjoys working in a fast paced, demanding career that requires a high level of medical knowledge and hands-on training.

In his spare time, David enjoys hiking the high peaks of the Adirondack Mountains and is close to completing all 46 peaks over 4,000 feet.